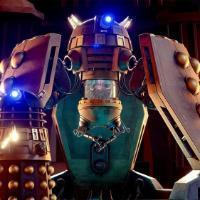 Top Posters In This Topic

It looks good so far! It's too easy to rip apart anime,  worrying about  canon /non canon issues. As with superhero films, I try to just take it as it is and and not get too upset about how it should

It would take 5 episodes to charge the spirit bomb while sacrificing krillin and yamcha and many sensu beans Black would be all over goku too quick!

Well I don't think they can. All signs point to Goku and Vegeta having to fuse but the problem is while Vegito would be equal to or stronger Zamasu, this fused god might have Black's ability to grow s