Fanfic - The Genesis. Posted at A03 and FF.net 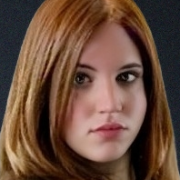 By The Chozo Huntress,
November 5, 2020 in Fan Fiction